Thanks to the lovely ladies at The Book Wars I’m tackling the Harry Potter Spells Book Tag, which was first developed by Kimberley Faye Reads.

And away we go!

An upcoming release you can’t wait to get your hands on.

This title, coming September 2016, is from the same creative team that brought us Rosie Revere, Engineer and Iggy Peck, Architect, great picture books about kids pursuing their passions, even when no one around them seems to understand. Bonus points for featuring a girl obsessed with science!

Glen Cook’s The Black Company is fantasy like you’ve probably never read it before – dark, gritty, violent, bleak, and pretty darn amazing. Undoubtedly the finest book in the series, this title served as inspiration for countless “dark fantasy” novels in the years that followed.

A book that gave you all the fuzzy/warm feels.

Words cannot describe how much feels this book gave me. While a lot of the book made me angry (mostly at a society that forces children to suppress their true identities and live in fear simply because they do not fit into the boxes that other people have assigned them), the ending made me all warm and fuzzy and hopeful. Feels.

A book that made you ugly cry.

See You At Harry’s / Jo Knowles 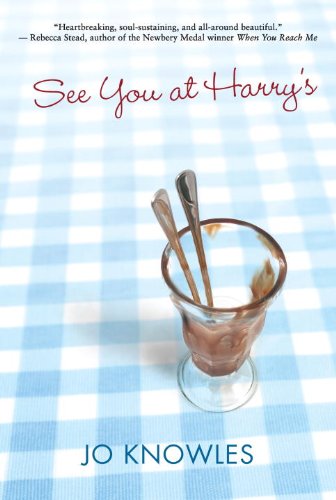 OK, so I’m bonafide sap who cries at credit card commercials, so take this for what you will, but whoo boy, this book made me cry. I don’t know about ugly crying, but there were definitely more than a few tears shed during the reading of this story. This is a fantastic book filled with fantastic characters, but be warned, you will likely need a tissue at the ready to deal with the sadness.

A character you’d consider to be your patronus.

OK, I don’t know if this is necessarily a patronus so much as a book incarnation, but I’m going with it. Junie B. Jones, the spirited kindergartener who just can’t seem to control her mouth and who calls it like she sees it, even when it gets her into trouble is like a little motor-mouth Jane. The parallels are eery. It’s like Junie and I are kindred spirits.

A book you intentionally spoiled for yourself.

The suspense! I was starting to get a little too stressed out by this thriller, so I skipped ahead just a couple of pages to make sure a character was going to be alright.

By the way, the tradition of the terrible book cover synopsis is a long and proud one (something the team at The Book Wars discusses in their Cover Wars series). “Watch this man become a homicidal maniac!” says the cover. “Ugh,” says the reader, “this book is full of math, computer science, psychology, medical ethics and history! Where’s the homicidal maniac alread?y” A fantastic book with an absolutely terrible and completely misleading cover.

A book you wish you could make everyone read.

I wouldn’t want to make anyone read anything, but I do wish more people would take a look at George, or really any book featuring a trans* character. There’s still far too much ignorance, fear and hatred in our world, and not enough awareness and understanding around trans issues.

A book/series you wish never ended.

Thankfully Terry Pratchett was a prolific writer, so there’s at least a good number of Discworld books available,  but there’s not nearly as many as I would happily devour.

This elegant verse novel is a story of hope, determination, and the power of words to change a life. I think I would perhaps call this inspiring, rather than uplifting, and Woodson’s perfectly chosen words will touch readers deeply and profoundly. It’s particularly inspiring for educators, as it’s an ode to the power of the written word, and the impact an educator can have on a child’s life.

A book you wish you could forget

I honestly think I’m going to skip this one, because I’m a serial DNF-er, and if I don’t like I book I simply don’t finish it.

A book/series that got you out of a slump.

I recently found myself in a terrible reading slump. My brain was a scattered mess, and I just couldn’t seem to concentrate on anything. Every book I picked up seemed overly complicated, too deep, too preachy, to hip, too everything. Out of desperation I decided to go back to basics and revisit one of my all-time favourite writers, whose books read like a blend of movie script and college text book – Michael Crichton.

Well, this definitely did the trick. Fast-paced and cleverly written, I devoured this title on a single commute, and the reading spark was lit once again.

Steven Johnson is the absolute swoon worthiest author I can think of. Not only is he cute as a button with those stunning blue eyes, he also plays the guitar (swoon), and writes fantastic narrative non-fiction (mega swoon), including one of my all-time favourite non-fiction titles, The Ghost Map. He is also a married father of three, but oh well, a girl can still dream….

A book that made you drop everything in order to finish it.

Holy crap, the suspense! Not the biggest fan of the ending (no spoilers, I promise), but the build up, holy smokes! I’ve actually reread this book a couple of times because I love it so much. It plays out like a movie in your brain. Awesome.

A book that was painful to read/a book that broke you.

This novel about two young Mexican-American men is heart-rendingly beautiful and at times painful to read, but so very worth it. Life can just be so hard for some people sometimes, especially young people. Let’s all try to remember to choose kindness, because we can never know what other people are going through.

A book that made you laugh out loud.

The Hitchhiker’s Guide to the Galaxy / Douglas Adams 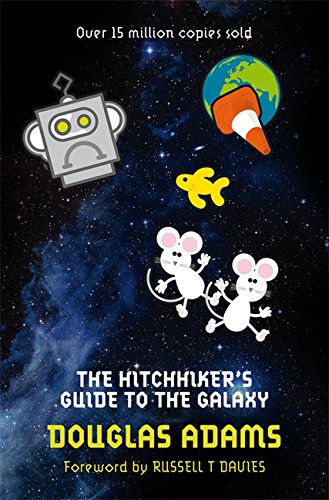 The original madcap, zany, side-splitting British science fiction classic. Have you read this series yet? If not, what are you waiting for? It’s insane, but in the best possible way.

A book you wanted to fling away.

I read this book as a teenager, and was so freaked out at one point that I threw the book to the floor, just to get it away from me. Seriously, seriously creepy stuff.

A fictional world you wish you could visit.

Middle Earth! I’d love to sit in Hobbiton and have a pint with the hobbits, or lounge around at The Last Homely House. I have been to New Zealand several times, though, which for some reason looks remarkably similar to Middle Earth…

A plot twist you did not see coming.

Twisty and turny but not overly-complicated or too assured of its own cleverness, this is the epitome of a classic who-dunnit by one of the masters of the genre.

A character death that destroyed you.

It’s remarkably hard to do this one without giving away unwanted spoilers….

Somewhere in this trilogy is an incredibly brutal and painful and seemingly unnecessary death. You’ll know it when you find it.

Best concluding book in a series.

A Memory of Light / Robert Jordan and Brandon Sanderson

The death of Robert Jordan before the conclusion of his Wheel of Time series left many fans in a tizzy, wondering what would happen to the characters that we had all put so much bloody time into reading about (seriously, these books are massive). Hearing that the series would be finished by a different author I was sceptical, but holy smokes, was this ever a fitting end to the series! Brandon Sanderson is a fantastic fantasy author, and he stayed true to Jordan’s vision while bringing in his own unique style. Definitely a satisfying conclusion.

Whew, that was quite the post, thanks for tagging me, The Book Wars! This is actually the first thing I’ve ever been tagged in, so I feel like I’ve finally made it in the world of book / library blogging – I’m one of the cool kids now! 😉