Another craft idea that was shared at the recent YAACS makerspace workshop was brought to us by Jen Lee, a children’s librarian with the Vancouver Public Library. Circuit bugs are a simple and fun way to introduce children to electricity and circuitry, and tie in well with a STEM-based curriculum.

Although the circuit bugs are simple to make, this craft is probably better suited for older kids, as the fiddly bits require some fine motor skills, and you’ll be working with electricity and circuits. Safety first, kids!

You can find full instructions on building circuit bugs here, and here

Jen left us with some valuable tips:

I have a number of Kindergarten and Grade 1 classes coming into the library in the next few weeks, so I whipped up a simple scavenger hunt activity to use as an introduction to the children’s area.

These adorable animals will be hidden in different sections of the children’s area – picture books, graphics, DVDs, Chinese, etc. 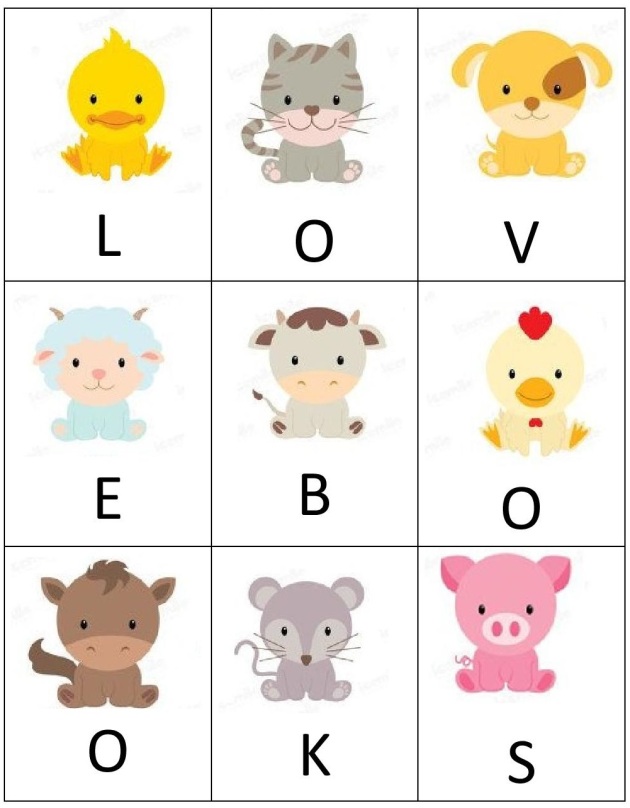 Each child will get a worksheet where they can copy the corresponding letters as they find them, and decipher the secret message.

Once we’ve found all the animals, we can talk about the section in which each animal was hiding, and take a look at what kinds of materials live in the different section of the children’s area.

This week we celebrated the awesomeness that is Mo Willems and his “Elephant and Piggie” series of readers. The children picked their favourite Elephant and Piggie title to read – we had plenty to choose from!

As a craft, we made Elephant and Piggie paper bag puppets, using this template. The kids coloured in their Elephants and Piggies, cut them out and pasted them onto paper bags for an easy and cost-effective craft that worked on a number of different skills. Colouring and cutting help children develop their fine motor skills, and are a lot of fun. 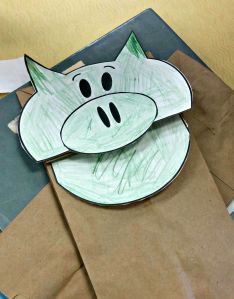 Once our puppets were complete we took turns acting out some of the different E&P stories! The kids really got into their roles, putting on different voices for the different characters.

Only one more book club session to go! 😦

Sometimes all you need is one awesome activity to keep the kids engaged all hour long.

This week we read the hilarious Moo! by David LaRochelle.

Then we made our own versions of Moo featuring animals of our choosing!

This must be the easiest, budget-friendliest kids activity there is – all you need is a stack of plain paper and various colouring implements. We simply folded our papers in half to make rudimentary booklets, which we then stapled together.

We worked on this craft for the entire hour, and the room was so quiet you could’ve heard a pin drop. The level of concentration was impressive.

This week’s activity was so much fun and so popular, I don’t know how I can top it next week! I highly recommend trying an activity like this with school-aged kids – their creativity is always a thing of wonder.

As a long-time book club aficionado, imagine my delight when I was offered the chance to facilitate a book club for kids! The Early Readers Book Club is a weekly, hour-long program for kids K-3.

We started our first meeting with a discussion of rules and expectations. I made a sign highlighting the “rules of book club”:

The book club is an opportunity for kids to explore and experience books in a positive, creative space, and I really wanted to make sure that the book club wasn’t too reminiscent of school. Rather than sit around and talk about the themes of each book, the emphasis of the hour was on interactive crafts and activities.

For this week’s study of Bad Kitty Gets a Bath we made name tags, tackled a word search, finished a maze, and coloured our own masks. We talked about the book while we worked on the crafts, and I was sure to let the conversation naturally progress in the wonderfully random ways that only conversations with young children can.

A few things I discovered during this week’s session:

The kids even made me a name tag! Stripes and polka dots, those kids know me well already!

Today’s theme was “under the sea”. We read The Three Little Fish and the Big Bad Shark – I’m not a huge fan of this book, but my depleted shelves meant my options were a bit limited. I tried to really ham it up, and the kids seemed to enjoy it. 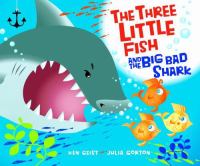 I learned from the previous two weeks’ activities, and chose a craft that didn’t involve any glue or sparkles for easier clean up. A patron donated a ton of DVDs that we couldn’t end up selling in our book sale, so we turned them into DVD fish. I’m always looking for low-budget crafts that don’t require a lot of set up or clean up, so the kids can spend most of their time creating.

To make DVD fish, you need: paper (for the fins), colouring supplies (we used crayons), scissors, tape, Sharpies/permanent markers (to decorate the discs) and discarded discs. We had enough DVDs that we could give each child two discs, and make a double-sided fish that could be hung with string. There are a number of DVD fish templates on Pinterest, and it’s an easy project to put together. We spent about 30 minutes making the craft, and most of the kids were able to finish in that amount of time.

It was our last Rec and Read visit, but I’ll be doing a couple of middle years programs in August, so it was a great experience to work with these guys, as I typically work with a younger crowd.

24 seven-year-olds descended on the library for the second of three “Rec and Read” summer camp visits.

The week’s theme was “Outer Space”. We started off by reading two stories – the kids really enjoyed the picture book we read last week, so I thought I would try my luck and read two stories back-to-back.

The next book isn’t really about space at all, but our weekly craft was alien-themed, so I turned the story’s little monster character into an alien. Don’t Push the Button! by Bill Cotter is an interactive picture book that the kids found pretty hilarious. Who doesn’t love doing what they’re not supposed to do?

For our craft, we made “namelians”. I found this craft online and it was perfect. The children wrote their names on folded pieces of construction paper, cut out around their names, then unfolded the paper to reveal their aliens  – it’s a twist on the familiar snowflake-making craft. The printing and cutting helped develop those fine motor skills.

To decorate, I collected an assortment of bits and pieces from around the workroom, including googly eyes, pipe cleaners, buttons, sparkly glue, and more construction paper, which helped keep the craft budget-friendly.

I wish I’d take pictures of the kids’ finished crafts because they were so creative, but here’s an idea of what the craft can look like (find the original image here).

Next week’s theme is “under the sea”, and it’s the final group visit!

Last week a group of grade 5-6-7 kids from a local spring break day camp came for a quick visit, and I threw together a simple scavenger hunt game to help introduce them to the library. A number of the kids in the group were identified as being at risk, and there was a real range of language levels, so the group leaders suggested that we keep any program simple and approachable.

To sweeten the deal, and encourage the kids to fully participate in the scavenger hunt, we of course had to have prizes available for the taking! I love being able to offer books as prizes – unfortunately many children never get to experience the joy of having their own books, and being able to choose a book off the prize truck never fails to bring out smiles in even the most reluctant young patrons.

The kids were encouraged to work together, and the prize winners were determined by a draw, so kids could work at their own pace. I also encouraged the kids to use their imaginations and think outside the box – when it came to finding a book about the past, for example, I accepted information books as well as novels or picture books set in the past!

We were able to welcome the group into the branch before regular open hours, so we had the entire branch to ourselves – which really came in handy as the kids got more and more excited (and voluble) as they filled in more and more of the spaces!

Here’s the quick little library scavenger hunt I whipped up for the kids!

I checked my email this morning to discover that an after school group was coming to visit my branch this afternoon, and that they were hoping for a story time. I said, without hesitation, “of course!” One great thing about being an auxiliary librarian is that last-minute story times don’t phase me in the least.

I don’t often get to work with school-age or “middle years” groups, so it’s great to step outside of my comfort zone every once in a while and interact with different age groups.

The afternoon group really just wanted me to share a few stories with them, so I followed my own tried-and-true advice and pulled out a few old favourites that I knew would be fun to read aloud to the older kids.

An enthusiastic but not particularly bright squirrel tries to help a little lost owl find his mother. Kids love rolling their eyes at the squirrel’s hilariously unsuccessful attempts to reunite mother and baby. 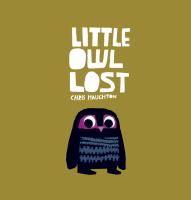 Everybody loves grumpy animals – just think of the internet sensation that is Grumpy Cat. This book is a lot of fun to read – I love making Grumpy Bird get more and more over-the-top exasperated by his increasing band of animal followers. Because as we all know, nothing makes a grumpy person grumpier than a cheerful person who just can’t help being cheerful. 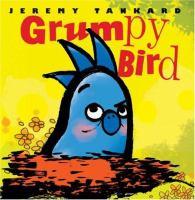 Normally I might have considered pulling out Bark, George, as it works with audiences of almost all ages, but having just read it four times over the weekend, I needed a bit of a break from good old George!