I’ve got another fantastic set of picture books coming your way this week! Here we go!

Working in the children’s section of the library you see these meltdowns each and every day – they’re just a fact of life for little ones! This happy rhyming book with its colourful little monsters embraces little ones in all their exuberance, whether they’re squealing with laughter or rolling on the floor in a tantrum. They might drive us bonkers sometimes, but we still love them to bits.

It’s also really nice to see a little one spending the day with a beloved daddy – when the little monster skins his knee, he cries out for his daddy, who quickly makes everything better. It’s refreshing to see a dad taking on a role traditionally limited to mothers by soothing and comforting an upset child. Spotlighting male caregivers in picture books helps to chip away at longstanding gender biases and limitations – being patient and loving has nothing to do with a person’s gender, and everything to do with a person’s heart. 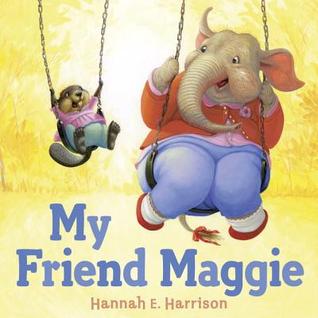 Paula and Maggie have been friends since they were little, but when mean girl Veronica decides that Maggie is too fat and starts teasing her, Paula abandons her life-long friend and sides with the mean girl. When she finds herself Veronica’s next target, though, Paula discovers what it means to be a friend.

Here’s a quote from a Goodreads review that gave me pause for thought, though:

….There’s a page where the main character says “and her clothes are a little snug” with a picture of this elephant trying to put on clothes that are too small for her, and that’s the page that completely lost me. Because there’s this persistent idea that of course fat people can’t dress themselves and all their clothes don’t fit.

That page frames Maggie as “the fat girl”, and with that framing device all the other things they pick on Maggie about take on a slightly different tone. Because there are a lot of stereotypical ideas that are used to shame fat people; they’re clumsy, their clothes don’t fit, they’re loud. All these things are said about Maggie and no where in this story are those things refuted. Maggie just continues to be a friend to the main character. And that’s the last stereotype, right? The idea of the kind, loyal, fat girl.

Having been the fat kid for much of my life (who was mercilessly teased throughout elementary school), I could see where this reviewer was coming from. Poor old Maggie seems to exist primarily as a plot device that allows Paula, the “normal” kid, to learn an important lesson. Even Maggie’s best friend seems to use her – much of Paula and Maggie’s friendship is based on the many things that Maggie does for Paula. Growing up fat and teased, the life lesson we often end up with is that we should be happy to have any friends at all, even if they don’t treat us with respect.

I still think My Friend Maggie is a beautiful picture book, and the illustrations are breathtakingly detailed and add so much emotion and heart to the story. Paula is a realistic and empathetic character, and a lot of readers will be able to see themselves reflected in her, both in her strengths and her weaknesses. I just wish fat characters could get a little more respect in children’s books.

John Agee’s It’s Only Stanley has long been a favourite of mine for its droll sensibility and deadpan humour, and Lion Lessons has simply reinforced my admiration for this talented author/illustrator. Agee has a distinct talent for creating stories that are at once ridiculous and relatable – a little boy signs up for lion lessons from a suit-wearing, clipboard-carrying lion. As one does. But being meek and gentle, the little boy just doesn’t seem to have what it takes to be a lion, until the final lesson, Looking Out for Your Friends, provides him with the opportunity to earn both his Lion Diploma and the adoration of the neighbourhood cats. 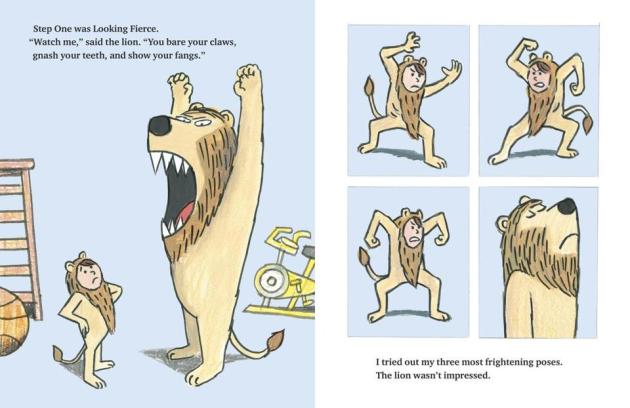 Agee’s delivery is once again brilliantly deadpan – his absurdist scenario is depicted with such understated simplicity that the whole thing seems practically run-of-the-mill, which is where the real humour lies. Nothing about Lion Lessons hits you over the head or tries to distract you with crazy bells and whistles. This is good old fashioned absurdity in the classic tradition of William Steig, Peter Bown, even Maurice Sendak. Understated, sweet, and a lot of fun to share aloud, Lion Lessons really is a winning picture book.

Have a great reading week, everyone!