Can’t wait for Magnus Chase & The Sword of Summer to come out this October? Here are ten books to try if you like Rick Riordin, and are looking for your next adventurous read.

“When eleven-year-old Gregor and his two-year-old sister are pulled into a strange underground world, they trigger an epic battle involving men, bats, rats, cockroaches, and spiders while on a quest foretold by ancient prophecy.”

“When fifteen-year-old Will is rejected by battleschool, he becomes the reluctant apprentice to the mysterious Ranger Halt, and winds up protecting the kingdom from danger.” 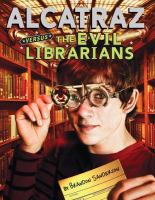 “On his thirteenth birthday, foster child Alcatraz Smedry receives a bag of sand which is immediately stolen by the evil Librarians who are trying to take over the world, and Alcatraz is introduced to his grandfather and his own special talent, and told that he must use it to save civilization. “

4. The Dark is Rising / Susan Cooper

“On his eleventh birthday Will Stanton discovers that he is the last of the Old Ones, destined to seek the six magical Signs that will enable the Old Ones to triumph over the evil forces of the Dark.”

5. The Alchemyst : The Secrets of the Immortal Nicholas Flamel / Michael Scott

“While working at pleasant but mundane summer jobs in San Francisco, fifteen-year-old twins, Sophie and Josh, suddenly find themselves caught up in the deadly, centuries-old struggle between rival alchemists, Nicholas Flamel and John Dee, over the possession of an ancient and powerful book holding the secret formulas for alchemy and everlasting life.”

6. Theodosia and the Serpents of Chaos / R. L. LaFevers

“Twelve-year-old Theo uses arcane knowledge and her own special talent when she encounters two secret societies, one sworn to protect the world from ancient Egyptian magic and one planning to harness it to bring chaos to the world, both of which want a valuable artifact stolen from the London museum for which her parents work.”

“After glimpsing a hint of his destiny in a mysterious tapestry, twelve-year-old Max McDaniels becomes a student at Rowan Academy, where he trains in “mystics and combat” in preparation for war with an ancient enemy that has been kidnapping children like him.”

“When Kendra and Seth go to stay at their grandparents’ estate, they discover that it is a sanctuary for magical creatures and that a battle between good and evil is looming.”

9. A World Without Heroes / Brandon Mull

“Fourteen-year-old Jason Walker is transported to a strange world called Lyrian, where he joins Rachel, who was also drawn there from our world, and a few rebels, to piece together the Word that can destroy the malicious wizard emperor, Surroth.”

“Matt Thorsen is a direct descendent of the order-keeping god Thor, and his classmates Fen and Laurie Brekke are descendents of the trickster god Loki. When Ragnarok–the apocalypse–threatens, the human descendents of the gods must fight monsters to stop the end of the world.”