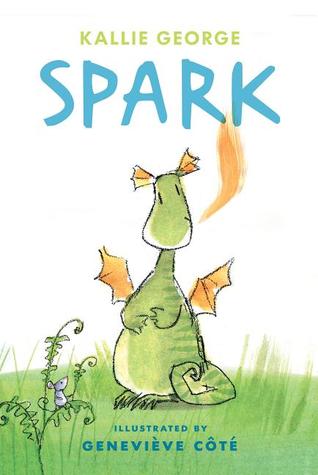 Who knew that my home province of British Columbia has produced so many great children’s books? My Reading Staycation project has grown beyond my initial expectations, and I’ve been surprised and delighted by each new discovery!

Spark is the endearing story of a little dragon who just can’t seem to control his flames. He desperately wants to be a fire-breathing dragon like his mama and papa, but all of his efforts seem to end in a big, smokey mess.

Not being able to do something can be disheartening and frustrating for any child, especially when they can see others accomplishing the same task with ease. In situations like this, a gentle story like Spark can help remind disappointed children that sometimes things just take a little time. Waiting is hard, but sometimes it’s the only thing that will do the trick.