The initial assignment in one of my favourite MLIS classes, Survey of Children’s Literature, was to revisit a favourite picture book and consider whether childhood adoration can survive an adult’s critical eye. I decided to look at the Canadian picture book classic The Paper Bag Princess. Here’s what I wrote. 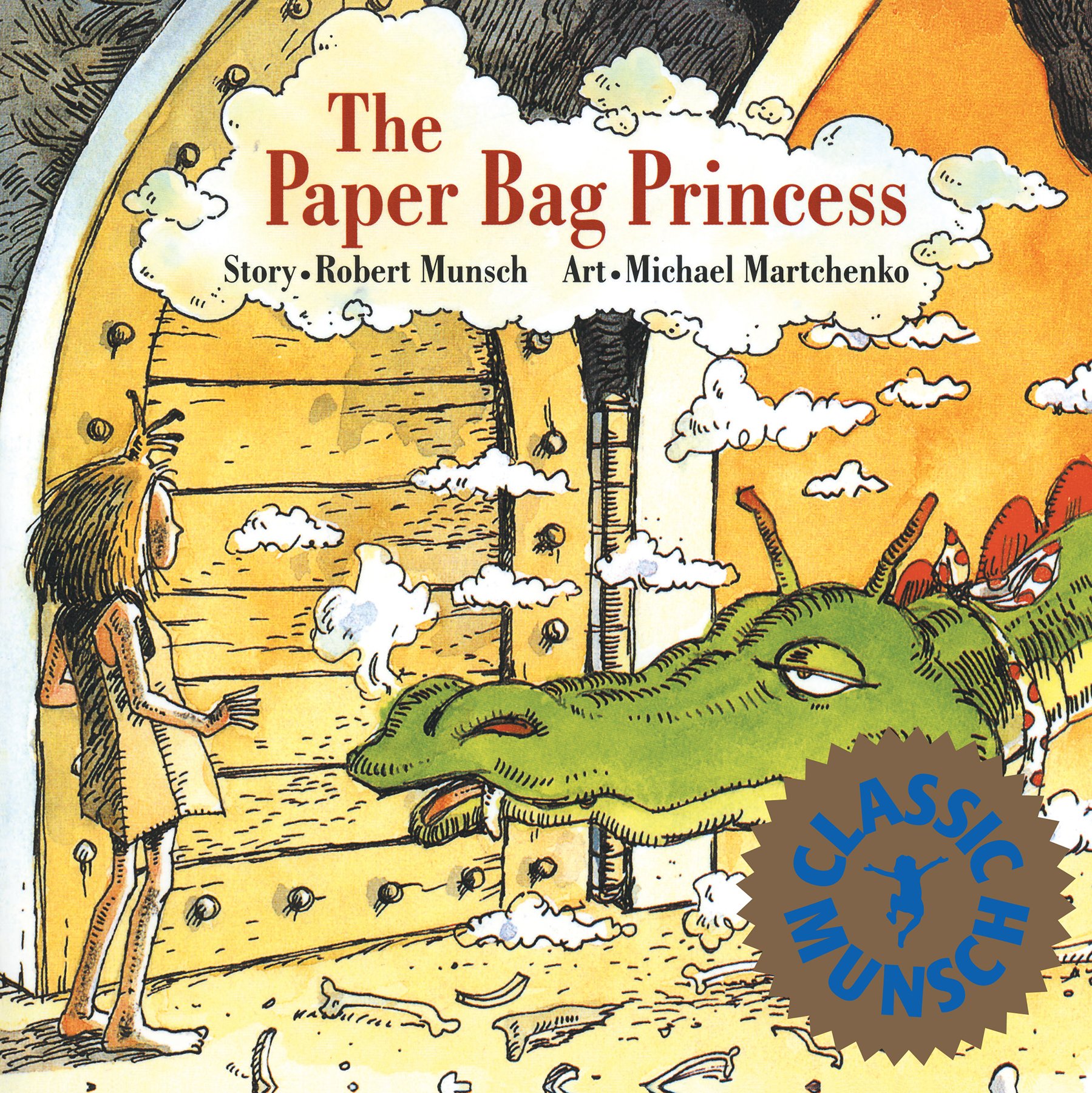 Long before the feisty Scottish princess Merida of Pixar’s Brave, there was Elizabeth, the spunky young heroine of Robert Munsch’s Canadian classic The Paper Bag Princess. First published in 1980, this simple children’s story, told with humour and illustrated with charm, is the antithesis of the traditional damsel-in-distress fairy tale, and a refreshing reinterpretation of cultural gender norms. Though I was hardly aware of it as a child, the story of The Paper Bag Prince helped shaped my developing view of the world, and my place within it.

As a work of children’s fiction, The Paper Bag Princess remains as relevant today as it was when I was a child. The story’s protagonist Elizabeth begins the story a typical princess, but when a dragon destroys her possessions and steals her prince, Elizabeth sets out to rescue him. Brave and resourceful, Elizabeth uses her intelligence to defeat the dragon, and when the ungrateful prince insults her appearance, she decides she’s better off without him. The Paper Bag Princess delivers a powerful message of female empowerment that’s humorous and engaging, and never heavy-handed or preachy. The story is told so matter-of-factly that its reversal of traditional gender roles seems entirely natural and believable, the way it ought to be. Elizabeth is a straight-forward character who sees a problem and discovers a non-violent way to solve it. By presenting the princess as a strong, intelligent character who just happens to be female, The Paper Bag Princess puts the emphasis on her personality and actions, rather than on her gender. The message to children is simple, yet powerful – gender need not define who you are, or determine what you are capable of.

When I was first introduced to The Paper Bag Princess as a child, I knew nothing of notions of female empowerment or gender equality. I loved the story because it was funny, with an exciting plot and delightful illustrations of dragons. Robert Munsch created in Elizabeth a female character that was immensely appealing as well as empowering. Even as a child, I knew that Elizabeth was a special character, a girl who took on dragons and stuck her tongue out at boys. I may not have realized then that she was shaping my understandings of gender norms, but I did know that she was more impressive than the usual boring storybook princesses! The Paper Bag Princess gently reinforces cherished lessons that last a life-time: that intelligence is powerful; individuals should be judged on their character, not their appearance; violence is not the only solution; and all relationships should be based on respect.

As an adult I appreciate more than ever the positive spirit of The Paper Bag Princess and its emphasis on intelligence and bravery, particularly when so much of today’s media seems to reinforce negative gender norms for young girls. The Paper Bag Princess is a story at once powerful and light-hearted, and its endearing protagonist is a role model who delights as much as she empowers. I can only hope that future generations find as much pleasure and encouragement in this story as I once did, over 20 years ago.